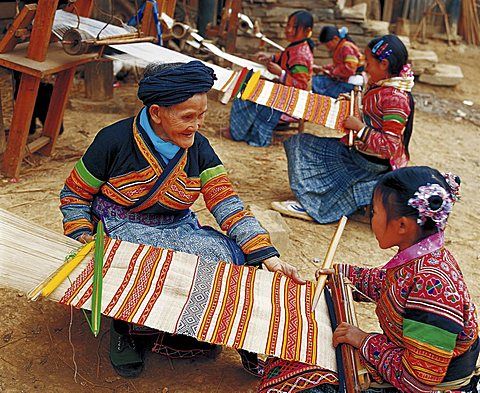 Some people are natural teachers and when they have their own children, explaining why the sky is blue or what multiplication means comes easily, I unfortunately am not one of those people. When I spend time with my children we do things together, like cooking, playing or doing some craft or I’ll generally be around while they play however, unlike my partner I’m not that good at sitting down and teaching maths or how to play music for example.

I used to go to university with Jamie Tehrani and he’s now a professor at Durham University. He wrote a fascinating paper with archaeologist Felix Riede on how traditional skills are taught and passed on, also known as cultural transmission. According to Tehrani much of early human history of learning has assumed that humans learnt by observing and copying rather than any formal teaching. But it looks like this might have been wrong.

The idea until now has been that a child might have seen how a tool was made and by copying and practising would in turn learn how to become proficient themselves. Apprentices are often described as ‘learning by doing’, they are not actively being ‘taught’. This assumes that the only kind of teaching is verbal instruction however, when observing craftspeople in Iran weaving rugs, Tehrani noted that just observing would never be enough in order to transmit such a complex skill. Instead, small sections of weaving were made with parts missing for apprentices to fill in. If they made mistakes they would be corrected and shown how to do it properly. So whilst there were no verbal set of instructions on how to weave a rug, the process was slowed down, mistakes were corrected and the master craftsperson was not just getting on with their own work but dedicating a lot of time to overseeing their apprentice. Teaching it seems, is not just about verbal instruction.

Therani also points to some research by Patricia Greenfield in the 1960’s:
Zinacantec weavers underwent a long and intensive period of craft training by their mothers, producing a highly stable tradition: ‘Pattern innovation and the creation of new patterns were simply not a part of the culture or the transmission process . . . .Teachers stayed close to their pupils and prevented errors before they happened.’ In recent times, however, there have been profound shifts in modes of craft learning in these communities, with young girls depending much more heavily on individual trial and error. As a result, traditional decorative styles have been overwhelmed by a proliferation of new, more idiosyncratic patterns (Greenfield et al. 2000).

Which is fascinating. Trial and error can be effective if you are seeking innovation but if you want to transmit a particular skill or maintain a tradition then teaching is the best way of achieving that.

As parents, one of the earliest and most rudimentary types of teaching is by approving or disapproving of an offspring’s behaviour. A toddler veering off a pavement will be told firmly to stop. Or if they were to drop a glass you might say ‘uh oh, let’s pick it up’. There is no long explanation but a lot is being conveyed, sometimes just by the tone of voice. This is teaching too.

So whilst I may not be sitting down and teaching my daughter maths, if she adds up the scores of Strictly Come Dancing incorrectly, by pointing out that it’s not quite right (shouting ‘that’s wrong!’ – not really, I’m not that bad) she can either work it out again or I can do it with her until she gets the right answer. And this counts as effective teaching! Phew. Perhaps I’m not so bad at teaching after all.

Weaving Generations Together: Evolving Creativity in the Maya of Chiapas – Some Next Steps by Patricia Marks Greenfield

Towards an archaeology of pedagogy: learning, teaching and the generation of
material culture traditionsby Jamshid J. Tehrani and Felix Riede